Today, in honor of finally arriving home and sleeping in my own bed [I missed it!] and waking up to unpack and unwind – I decided to do a little story telling about the adventures that weren’t unveiled during the past Travel Thursday posts. So here you go – the truth behind a few photos of the fun nights that turned into mornings, as well as the wanderings in cities that led to more fun to be had. 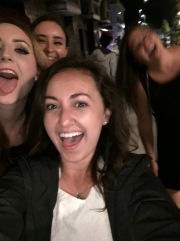 For the final night in Venice, the entire student group had a farewell dinner at Restaurant Africa and returned to the hotel to begin packing. Until we realized it was our LAST night together. So we headed over to the bar next to our hotel in Lido, and pulled together a few tables so we could all sit and unwind together. With a few drinks in hand, the party began. Unfortunately, the bar did not have music on the outside patio which is where we all sat – so we took matters into our own hands and brought a portable speaker to our table [cue the colorful lights and American club music]! 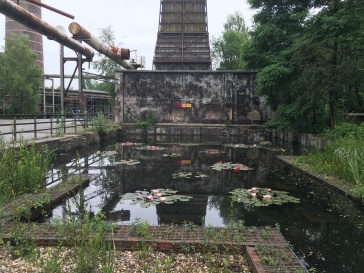 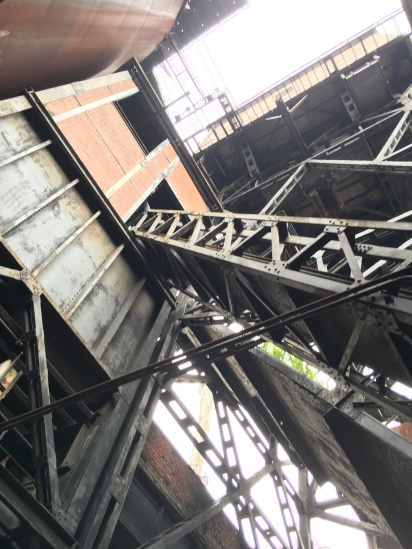 While is Duisburg, we had a short trip to an industrial park with several “No Entry” signs, as well as welded gates to remain unopened. But as the curious cat I sometimes like to play, the signs surely meant “Come in at your own risk” and so – I hopped a few gates, climbed a few hundred steps, and was able to capture the depth of an old Mill and the heights of structures with magnificent views of the city several miles in each direction! 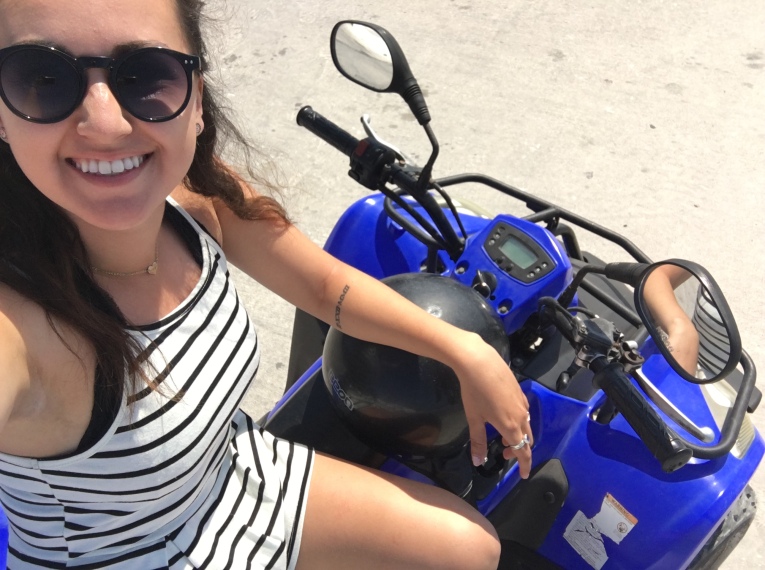 While my snapchat friends witnessed my whole experience on the island, I failed to add to my posts about the donkey ride to Oia and my final day on the island with an ATV that surely wanted me dead. After a day on a pirate ship and hiking a volcano, I was worn out after arriving to the port in Oia and opted in to pay for a donkey ride up to the village [for only 5 euros! score!] to ease the hike uphill. Once I made it to Akrotiri, I wanted to visit all the beaches near the hotel so I rented an ATV. I was able to visit a black sand and red sand beach, drive up to the lighthouse, and make my way around the village. Unfortunately – my small hands struggled to grip the handles correctly so the downhill turns on cliff edges were – well – quite exhilarating! Heading back to my hotel from the lighthouse there were multiple lookout views of the Caldera – none of which had fenced edges. So guess who nearly drove off a ledge? This girl.

As always, we hope your sheets are warm, your coffee is sweet, and your weekend is swell!